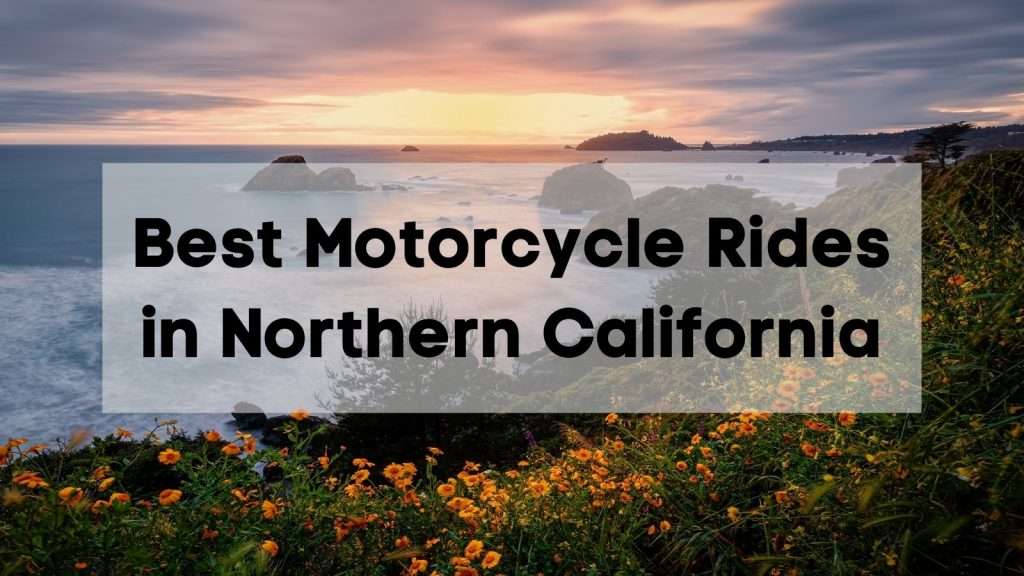 Planning a motorcycle trip of a lifetime in NorCal? Here are the best motorcycle rides in Northern California you’ll want to add to your list.

Mt. Tamalpais Climb – One of the Top Bay Area Motorcycle Rides for a High Altitude Climb

On your way to the summit, you’ll pass through redwood forests, open fields, and gently rolling hills then complete the descent with curves that are a pure joy.

There are a few ways to make the Mount Tamalpais ride. The classic motorcycle route spans 40 miles and gains 4,700 feet of elevation along the Alpine Dam Short Loop and the spur all the way to the summit. The route is a loop which gives you many options for your start and finish, but a popular option is beginning in the town of Fairfax.

At the East Peak, you’ll need to park and make the short 0.2-mile hike to the summit to enjoy the sweeping 360-degree views.

Avenue of the Giants – Amazing Motorcycle Ride Through Redwoods

One of the most iconic California motorcycle rides takes you through the state’s magnificent Redwood Coast. The 31-mile stretch of highway passes through massive coastal redwoods, the world’s tallest trees. It’s definitely the most scenic redwoods motorcycle ride and feels like it was designed to be enjoyed on a bike with nothing between you and the awe-inspiring trees towering silently overhead.

The Avenue of the Giants is a national treasure and part of Humboldt Redwoods State Park which covers 53,000 acres, about one-third of which is old-growth redwoods. You’ll ride the 31-mile State Route 254 which was the original Route 101 stretch until a freeway bypass was built. As you journey deeper into the forest, you’ll continually pass bends in the road leading to even more stunning views and groves where you can stop to admire the striking scenery.

Bolling Grove is one of the first groves where you can stop. It was one of the first areas protected when three men in 1917 started a movement to stop the destruction of the redwoods that led to the creation of the state park. After 10 miles, you’ll reach the Shrine Drive Thru Tree with a drive-through tunnel carved out of a tree. It’s one of the oldest tourist attractions in the park.

Another fun experience during the redwoods motorcycle ride is visiting the Founders Grove with the Founders Tree and a huge fallen tree that gives you perspective on just how large these trees are.

The iconic Pacific Coast Highway (PCH) or CA State Route 1 doesn’t just make the list of the best motorcycle rides in Northern California, it’s one of the best motorcycle roads in America. The PCH stretches 1,700 miles from San Juan Capistrano in Orange County to Leggett in Mendocino County, 200 miles north of the city of San Francisco.

Riding the entire PCH is on the bucket list of many riders, but it’s also a fantastic ride done in sections. A NorCal Pacific Coast Highway motorcycle trip has several options. You can start or end your ride in one of several central California coastal communities like Morro Bay or Monterey. The stretch of PCH between San Luis Obispo and Monterey is one of the most crowded scenic roads in the state, but worth the ride. You Bixby Creek Bridge on the Big Sur coast in Monterey County.

You can instead focus on Route 1 north of San Francisco. This smaller stretch doesn’t get as much attention as the PCH in Southern or Central California, but it’s one of the best Bay Area motorcycle rides to get away from the city and crowds. It’s also the most unspoiled and scenic areas of the Pacific Coast Highway.

Motorcycle riding in San Francisco may be efficient, but the dense population and endless city roads can get tedious. Break away from the urban environment by hitting the Pacific Coast Highway and taking it north all the way to Leggett.

Just four miles past the Golden Gate Bridge toll plaza, U.S. 101 gives way to Route 1. You’ll wind your way to Stinson Beach past the crashing ocean waves, rolling hills, and eucalyptus trees. Continue on to Bodega Bay, a charming coastal town, then on to Gualala where the landscape becomes much more isolated.

This remote region comes with dizzying views of the jagged shore and breaking waves. You’ll find quiet beaches along cliffs and even caves visible at low tide.

The winding path becomes more hazardous this far north with cattle grates (and potentially cattle on the road), areas with rock slides and irregular road surfaces, and sometimes tourists getting in the way trying to find an overlook spot to stop.

If you have time, Mendocino is worth a visit. The tiny coastal community and artists’ haven is Northern California’s crown jewel on the coast. It’s surrounded by the ocean on three sides with white sand beaches.

Highway 96 is one of the most laidback motorcycle rides in Northern California and perfect if you’re looking for smooth pavement, minimal traffic, scenery, and lots of curves. This iconic road stretches 150 miles with seemingly endless curves and twisties that make it suitable for all types of bikes and riders.

Most of Highway 96 follows the Klamath and Trinity rivers. You’ll enjoy gorgeous river and mountain views in every direction. Just be aware that the region is very remote. You won’t have a cell signal for long stretches of the ride and towns are very small and spread out. Fill up when you see gas!

A post shared by The State Of Jefferson (@stateofjefferson_)

You can start in the tiny town of Willow Creek off Highway 299 about 100 miles northwest of Redding and 48 miles east of Eureka and the Pacific coast. Pop into the Willow Creek China Flat Museum (aka the Bigfoot Museum) as the town is the capital of Bigfoot Country before hitting the road. Just outside Willow Cree is Hoopa Valley, home to the Hoopa Valley Tribe or Hupa who have lived on the land since 1000 AD. They are one of the only California tribes that were not forced from their land by the U.S. government.

Highway 96 will take you from Willow Creek to Yreka. You’ll pass plenty of campgrounds, although lodging is fairly limited in most of the towns along the way. You’ll pass through the Six Rivers National Forest and the Klamath National Forest where you can stop for fishing, camping, and river recreation.

This stretch of road is part of the State of Jefferson Scenic Byway. The name comes from the 1940s movement in which residents proposed the creation of a new state split between Northern and Southern California. Residents blockaded Highway 96, declaring Jefferson as an independent state.

Humboldt County’s Lost Coast is the last section of California coastline to remain undeveloped and pristine. It got its name after substantial depopulation of the region in the 1930s and the steep, difficult terrain which has made it too expensive to establish county roads and state highways. In fact, when Highway 1, also known as the Pacific Coast Highway or PCH was planned, the Lost Coast was so rugged they detoured around it to create the Leggett section.

That doesn’t mean there aren’t any roads on the Lost Coast. Mattole Road is a little-known road where you can enjoy the splendor of the untouched coast with few signs of human activity aside from the road itself.

One of the top can’t-miss Humboldt County motorcycle rides, the Lost Coast motorcycle route is an adventure taken slowly. The road is bumpy and old with a dirt section in the middle! The northern end of Mattole Road near Ferndale has the ocean portion of the Lost Coast ride and the southern end has redwoods. The route ends in Usul Beach with a sandy cove and limited camping.

Because the route can be challenging even in dry conditions, taking it all the way to Usul Beach where it can be somewhat impassible when wet is best done as a Lost Coast dual sport ride with a bike capable of off-road and on-road riding. Otherwise, you can skip the very southern end.

If you want to enjoy more adventure in the area, you’ll find plenty of Lost Coast trails for off-roading too!

Arguably the best National Park for motorcycle rides, Yosemite National Park receives about 3.3 million visitors every year. A motorcycle ride through Yosemite is a true adventure with the 1,200 square miles to explore. Yosemite is known for its ancient giant sequoias, waterfalls, glaciers, lakes, granite cliffs, and mountains. A single ride, or even a weekend, isn’t enough to see it all.

Because it’s such a popular destination, you can take a Yosemite guided motorcycle tour or rent a motorcycle nearby. You can easily spend several days or even a week on a Yosemite motorcycle trip, but you may only have time for one or two rides. Here are some of the best rides and sights.

Best Things to See at Yosemite

Most of Yosemite’s top attractions are in Yosemite Valley, the most picturesque area of the park.

Tioga Pass is one of the longest California motorcycle roads and definitely a top choice for a Yosemite motorcycle tour. At 9,945 feet, it’s also the highest vehicle pass in the state. Highway 120 covers 208 miles from the Nevada border to the Central Valley spanning high desert landscapes, mountain foothills, and Yosemite. You’ll reach the Highway 120/Tioga Pass split shortly before the park’s Crane Flat entrance. This is where Tioga Pass starts. It’s a slow but very scenic motorcycle ride through Yosemite across the Sierra mountains. Once you finally break out of the slow traffic on the one-lane section (with no areas to pass), you’ll reach Olmstead Point. It’s this eastern section of the pass that’s the most beautiful and makes the long ride worth it.

Explore Yosemite Valley with this gorgeous ride on Highway 41, 140, and 120. Highway 120 runs parallel with the Merced River on the floor of the valley then merges with Highway 41. You’ll head east right into the valley.

Our California motorcycle shipping solutions let you get right to the adventure without a long-distance ride from out of the area or extra miles on your bike. Ship your bike to or from one of our convenient warehouses (or closer to your destination) to pick it up at your convenience and start your adventure.

Get started with a free motorcycle shipping quote here or give us a call! 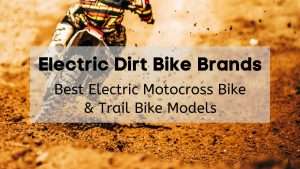 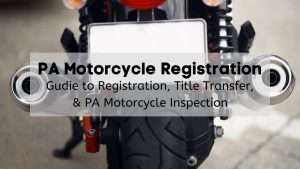 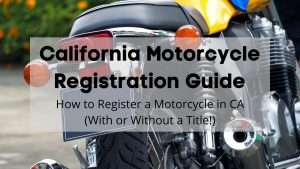 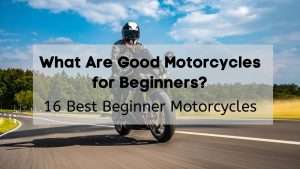 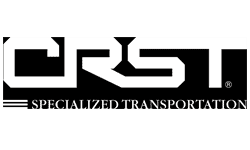